Model Overview
Exterior changes on the 2013 Flex are mostly concentrated on the nose of the vehicle. Overall, the new Front fascia is slightly more rounded to fit in better with the rest of the vehicle. The large oval "Ford" badge has been removed and replaced with slick lettering spelling out F-L-E-X. The three chrome bars in the Flex's grill have been removed in favor of a less busy grill featuring only one bar. New headlights round out the changes at the front end. At the back the most noticeable change are the dual exhaust pipes poking out from the rear end.
The most notable changes in the Flex drivetrain are revisions to the base 3.5L engine. It's a V6 and produces 285 hp, about 20 more horses than last year's engine. This bump in power has been achieved through refinement-- not through simply upsizing the engine. With the new engine the Flex's fuel economy actually rises by 1 mpg to 18 mpg in the city and 25 mpg on the highway. The optional engine is identical in size and features the same number of cylinders but adds turbocharging into the mix, the idea being to equal the power of a V8 while maintaining the fuel efficiency of a V6. Ford has dubbed this engine the "Ecotec V6." It produces a very healthy 355 horsepower and is only available with certain all-wheel-drive versions of the Flex.

As always, Ford has strived to improve new vehicles in every way possible, even when these improvements are not easily noticeable in every day driving. Ford's new inflatable safety belts are a prime example of such improvement. Implemented in the rear seats, these safety belts look act and feel like normal seatbelts. However in the event of an accident they can inflate in just 40 milliseconds, reducing the chance of head, neck and shoulder injuries, particularly to the young and elderly.

Of course there's plenty of more obvious technology going into the 2013 Flex. Ford now offers it's Blind Spot Information System (BLIS) on the vehicle. The system uses sensors to detect unseen traffic at the rear of the vehicle and alerts the driver to their presence, making lane changes or backing out of a parking spot easier and safer. Also available for the first time on the Flex is Ford's adaptive cruise control. Using radar mounted at the front of the vehicle, the Flex can automatically maintain a set distance to the vehicle directly in front of it, slowing down or speeding up as needed. The system has a range of up to 150 yards and can detect changes in speed as small as a one-fourth of a mph. When no vehicles are detected, the Flex returns to the speed the cruise control was originally set at. Of course there are plenty of other options available to trick out the Flex. Rain-sensing wipers, heated and cooled front seats, new versions of SYNC and MyFord Touch, power folding rearview mirrors and keyless entry are all available on the 2013 Flex. 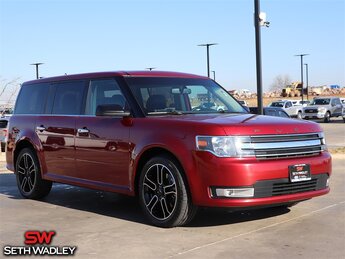 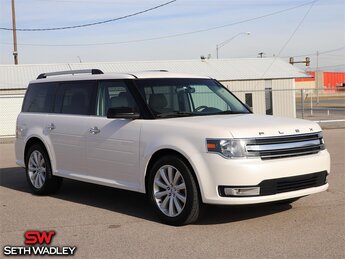 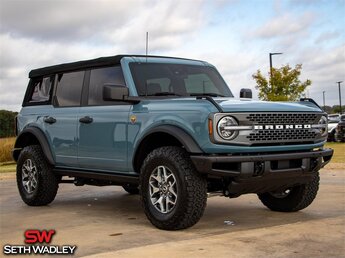 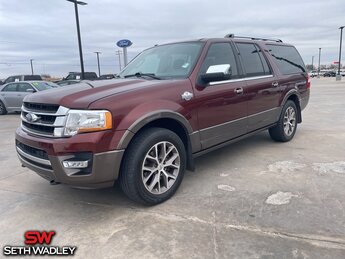 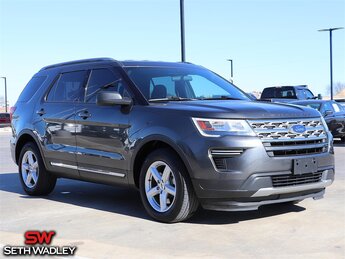 2018 Ford Explorer XLT
Gray
* Pricing - All vehicle pricing shown is assumed to be correct and accurate. Incentives, credit restrictions, qualifying programs, residency, and fees may raise, lower, or otherwise augment monthly payments. Additionally, incentives offered by the manufacturer are subject to change and may fluctuate or differ based on region and other considerations. Unless otherwise noted or specified, pricing shown does not include title, registration, or tax fees and costs.

* MPG - Vehicle information, as well as features and other inclusions, may vary by model and are based exclusively on standard equipment. No claims, warranties, or guarantees have been made related to the accuracy of customer payments, model equipment, or vehicle pricing. Please call with any questions you might have and to reassert the accuracy of any information presented here.
Close
Close
© 2022 Seth Wadley Chevrolet Buick of Ada | Privacy Policy
Much from Remora
Send Now
Close
Share Search Results

Use this shortened URL to share your current search results.